For most of people number 13 means having bad luck, but in this case, thirteen is a very special number for Javi and Jose. Not least it was present in their wedding day, for example, each chandelier of the wedding was hand made with thirteen candles.

But Trece (thirteen in english) means more than candles. It is a film the represents a completely change in how we produce our films, we could see that the most important is their story itself, more than the day of the wedding.

A DOCUMENTARY FILM ABOUT THE STORY OF JOSE AND JAVI

Trece is an extraordinary documentary film that goes through the life of Jose and Javi, family and friends testimonies with many emotional and special moments.

Some of them remind us that the way was no so easy, they had difficulties like others couples, but specially for a homosexual relationship. 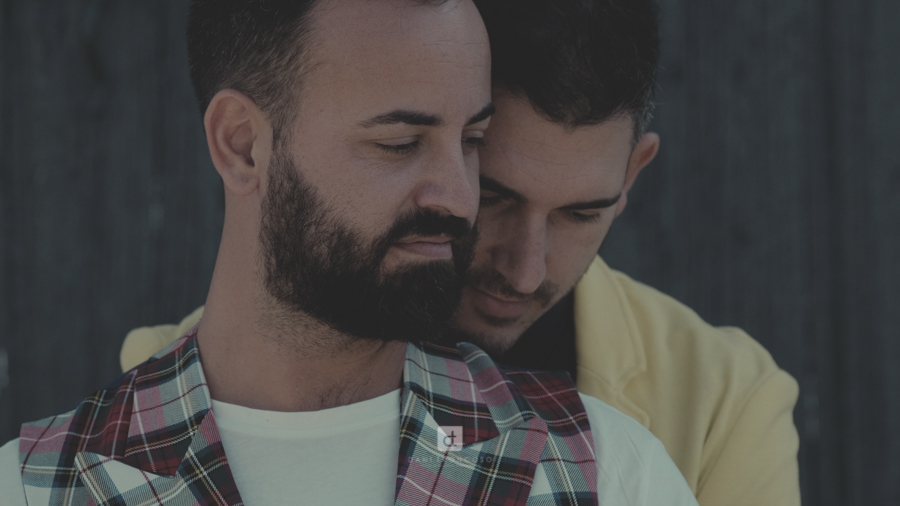 The wedding ceremony took place at Hacienda Los Ángeles in Seville. They chose that place because the found everything they need for their wedding day. Rooms to spend the night, large spaces for the reception and a great room which was decorated by Ainhoa&Co.

A day before the wedding we visited Hacienda Los Ángeles. We had the opportunity to make Jose and Javi an interview. That interview was so important for us that became the main them in their wedding film. We learnt many aspects about Jose and Javi’s relationship. That was crucial for the entire film, because our weeding videos are based in people and it’s stories.

FAMILIAR MEETING BEFORE THE WEDDING CEREMONY

The wedding ceremony would began at seven pm, but some friends and family spent the whole day with Jose and Javi since very early in the morning. They worked all together to prepare everything for the ceremony and the reception. So, we decided to join them in order to take some shots about it. Last details, making up, hairdressing, even having lunch with relatives and friends. 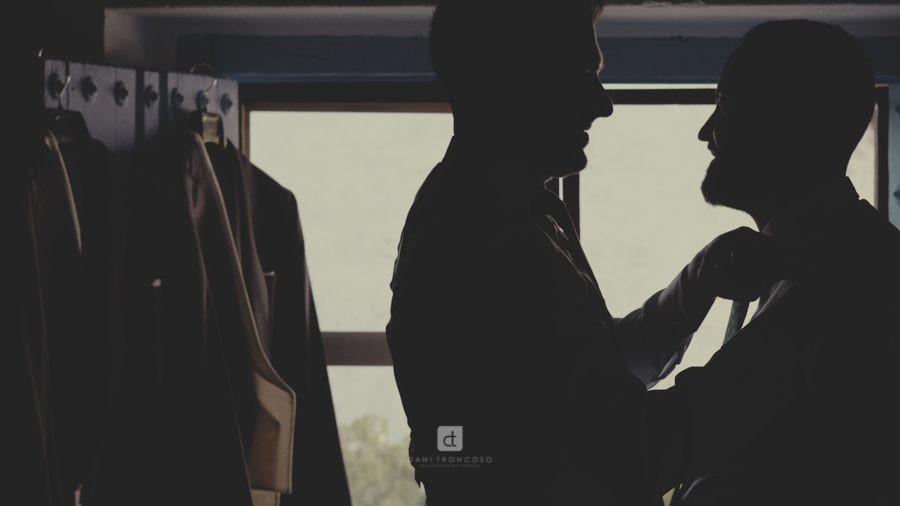 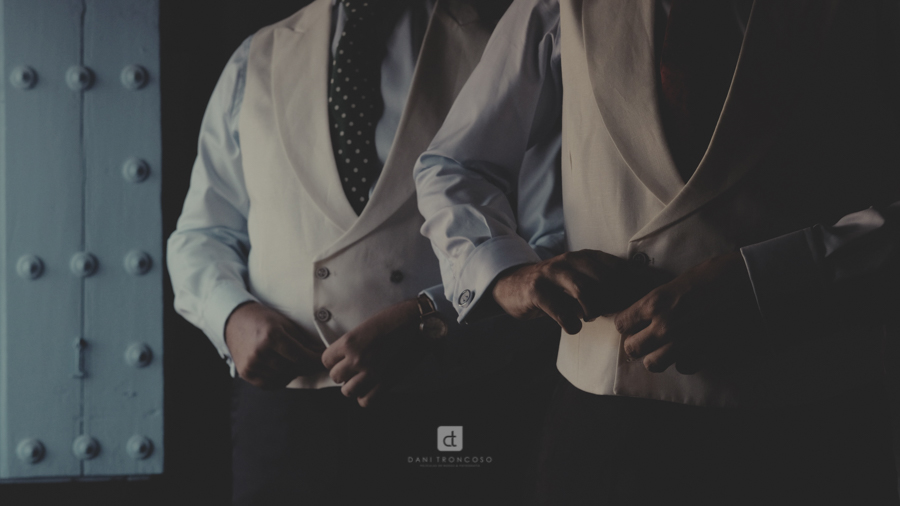 In the interview the day before the wedding, Javi told me that five specials friends will take part during the ceremony. They read and talk about Javi and Jose life, that was so emotive, also the ceremony that was directed by Teresa Cano. There were many special moments during the ceremony but there was one very special. It was imposible to hold the tears listening the little Elsa. Awesome readings! 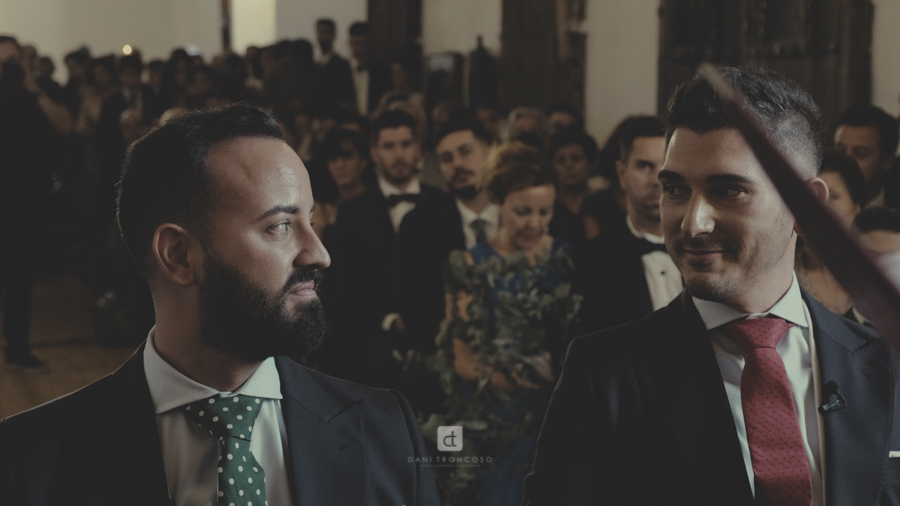 After the ceremony, the just married couple and their guests could enjoy a great cocktail and dinner at Hatienda Los Ángeles’ gardens, and a big and funny party as the end of the night.

SOME SHOTS IN SEVILLE AND GERENA FOR THEIR WEDDING VIDEO

After the wedding we decide to take some shots in different places of Seville and Gerena, the city were Jose was born. These images would help us to edit their wedding documentary film. 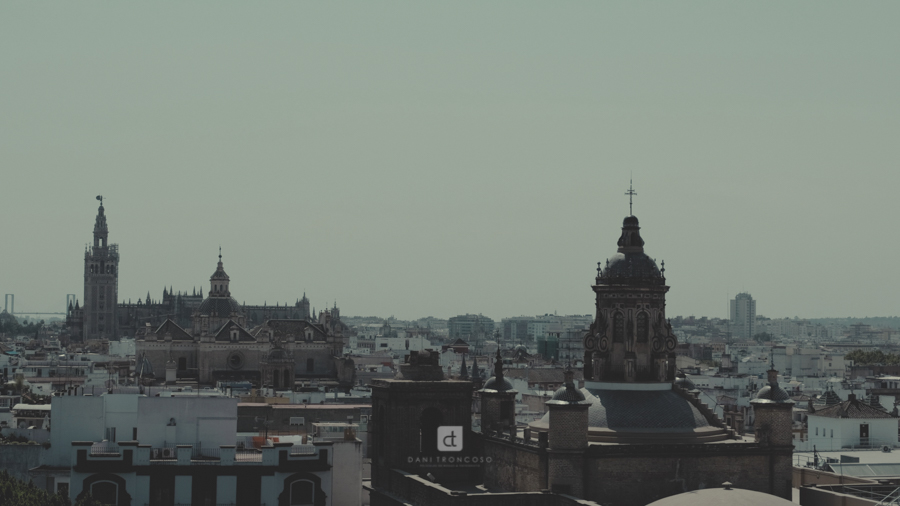 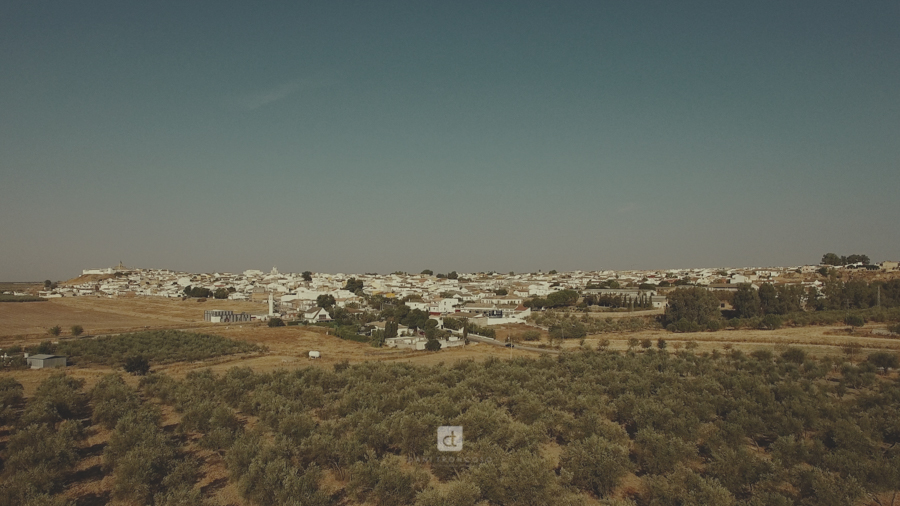 THE PRIEST OF GERENA

When I was about to finish editing their wedding film, I realize that something was missing. In the interview Jose said that something was so special for him. He is a catholic person, and for him, It was so important that their rings were blessed. He told me that he went to see Jose Salguero, the Priest of Gerena, and asked him to bless their rings.

So, I didn’t think twice. I decided to stop editing and visit Jose Salguero at Gerena’s church. What happened was very special, emotional and simply speechless, you will discover it in this video. 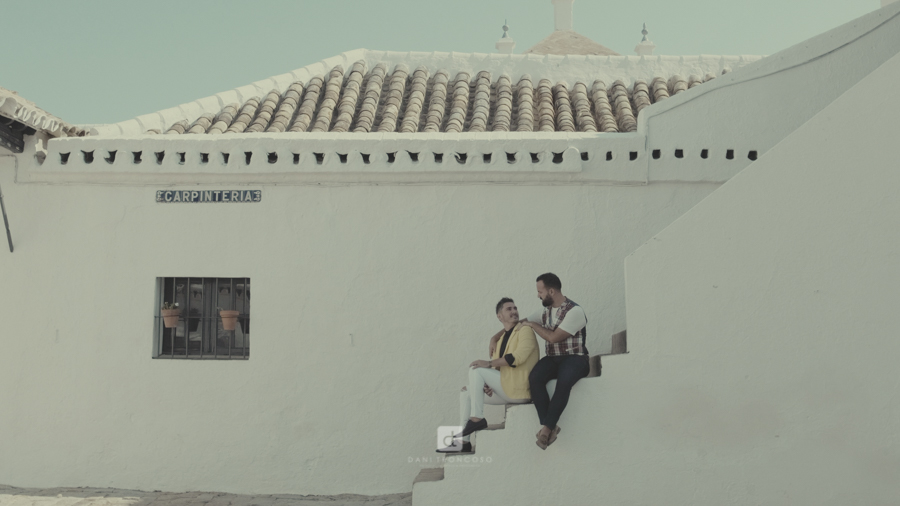 I hope you enjoy this wedding highlights like me and my team. I’d like to thank Javi and Jose for trusting me, without you and your family and friends, Trece would have been impossible.

Thanks so much,
Dani Troncoso.

This site uses Akismet to reduce spam. Learn how your comment data is processed.